The only thing he must not have crossed.

19K ratings
Currently Out of Stock: We'll get more as soon as possible
Notify Me When Available
Add to Wishlist
Format:  DVD
sku:  XEN 35943D
Our customers love us! 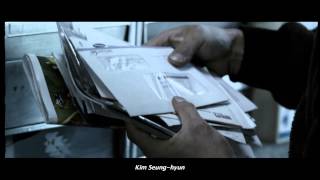 THE CHASER director Na Hong-jin returns to deliver this action-packed suspense thriller about a desperate cab driver who stumbles into a treacherous conspiracy after agreeing to perform an assassination in South Korea. Gu-Nam (Ha Jung-woo) drives a taxi in Yanji City. Located between the borders of North Korea and Russia in Northeastern China, Yanji City is home to nearly 100,000 Chinese-Koreans known as Joseonjok. Six months ago, Gu-Nam's wife traveled to Korea in hopes of earning some extra money. He hasn't heard from her since. In addition, Gu-Nam has lost a great deal of money at mah-jongg. He gets a rare opportunity to get out of debt, however, when he crosses paths with Myun-ga, a hired killer who recruits him for a one-time job in South Korea. Reasoning that he will have the opportunity to search for his wife while he's there, Gu-Nam accepts. But shortly after arriving in South Korea, Gu-Nam is framed for another crime. As he flees from the cops, a vicious crime boss (Cho Seung-Ha), and a determined assassin, the terrified cabdriver realizes he has walked right into a deadly trap. Now, unless Gu-Nam can discover who is behind the conspiracy and why he is being hunted through the streets of Seoul, he may never see his beloved wife again.