A young male model juggles relationships with three women while looking for a big payoff - a rich girl who can support him for life. 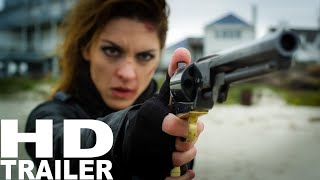 Young stud Jaci is a conscienceless scoundrel but beautiful women can't get enough of him. Elaine is rich, gorgeous, married and bored and Jaci is able to wrangle a live-in job, modeling for her husband, Mario, a painter. Eventually Elaine caves in to Jaci's constant pressure, and the two embark on a torrid affair. The hustler convinces the lonely wife that he is feeling love for the first time. But what he really sees is a steady ongoing source of income from a love-struck Elaine.

Filmed in Spain and released in America for drive-in audiences by Independent-International Pictures, The Lonely Woman features Hollywood legend, Gina Lollobrigida. Finding success in modeling and beauty competitions, young Gina Lollobrigida turned to film. Her prominent role in John Huston's Beat The Devil (1953) launched her to stardom. Other notable roles would include Come September (1961) and Beautiful But Dangerous (1955), after which she was referred to as "the most beautiful woman in the world."

Italian screen siren Gina Lollobrigida (BEAT THE DEVIL) co-stars in this scintillating, provocative melodrama, originally released in the U.S. as a drive-in film by Independent-International Pictures. Consciousless, irrepressible Don Juan Jaci (Renaud Verley) crosses paths with sexy photographer Elaine (Susan Hampshire) , the wife of Italian painter Mario. Initially, Elaine resists Jaci's advances, but in time she succumbs to his manipulations and the wo embark on a torrid series of sexual liaisons. Elaine grows convinced that she is feeling love for the first time; in truth, Jaci only values the older woman for her wealth.

Melodrama | Infidelity | Photographers
This product is made-on-demand by the manufacturer using DVD-R recordable media. Almost all DVD players can play DVD-Rs (except for some older models made before 2000) - please consult your owner's manual for formats compatible with your player. These DVD-Rs may not play on all computers or DVD player/recorders. To address this, the manufacturer recommends viewing this product on a DVD player that does not have recording capability.

16%off
Beauties of the Night
$8.40 Super Savings
Add to Cart

Customer Rating:
Based on 158 ratings.