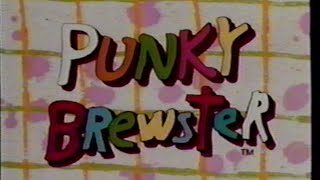 Abandoned by her mother in a supermarket, eight-year-old Penelope "Punky" Brewster (Soleil Moon Frye) and her trusty canine sidekick Brandon insinuate themselves into the life of grumpy, widowed photographer Henry Warnimont (George Gaynes), who, after some initial misgivings, decides to adopt the pair. Part of the spate of early-80s sitcoms that revolved around sassy but adorable orphans (WEBSTER, DIFF'RENT STROKES), PUNKY BREWSTER won over audiences with the sweetly innocent misadventures of its sartorially colorful heroine. This collection presents every episode from the series' third season.