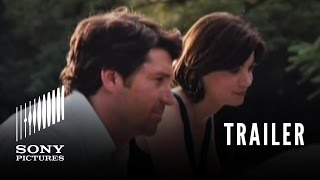 Watch the Trailer for Made of Honor

Patrick "McDreamy" Dempsey leads this big-budget romantic comedy, making optimal use of his many swoon-inducing charms. Dempsey is Tom, a wealthy womanizer living the high life in New York City. He happily hops from bed to bed, living by a firm set of rules that keeps him from becoming romantically entangled with anyone. The only woman he makes time for is his dear college friend, Hannah (Michelle Monaghan), whom he sees weekly, and whom he adores. When Hannah suddenly takes off for Scotland on a job assignment, Tom misses her terribly, and has a dramatic realization about their relationship. He makes a plan to tell her about it as soon as she gets back, but of course she returns with a handsome Scottish fiancé (Kevin McKidd) in tow. To make matters worse, she informs Tom that she must make wedding plans rather quickly, and would he please, please, please be her Maid of Honor'

In typical rom-com fashion, the tale quickly escalates into over-the-top, barely believable plot twists, forcing the viewer to turn a blind eye to any holes in the story and instead focus on the pretty clothes and Dempsey's dimples. It shifts into full-on fantasy mode, with rugged lads on horseback, Scottish castles, and gargantuan New York apartments that only Bill Gates himself could afford. Monaghan is likeable and lovely in her role as the confused bride, but the star here is undoubtedly Dempsey. Despite being cast as a slick Casanova, he still manages to exude the fumbling charm from his CAN'T BUY ME LOVE days. His non-threatening grin will likely be put on repeat at slumber parties everywhere, charming yet another generation of teenage girls.

TV sensation Patrick Dempsey ("Dr. McDreamy" of Grey's Anatomy) stars in this sweet and funny film about a guy whose dream girl asks him to be her maid of honor. He agrees in an attempt to win her heart. In the tradition of films like My Best Friend's Wedding, film also stars Michelle Monaghan (The Heartbreak Kid) and is directed by Paul Weiland (City Slickers 2).

53%off
Oprah Winfrey Presents Mitch Albom's For One More Day (DVD)
$6.99 on Sale
Add to Cart