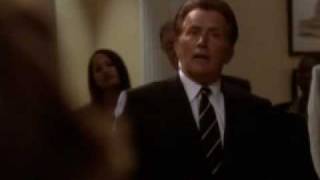 The trials and tribulations of President Bartlet (Martin Sheen) continue in this fourth season of the popular drama series. The life of his backroom staff and family fall under as much scrutiny as the man himself, offering a fascinating glimpse at what life as the President of the United States could be like. This time around Bartlet is facing one of his toughest challenges yet: the battle for re-election. Bartlet and co. are followed through the pre- and post-election campaign, with tension always running at a premium. Having won two Emmy Awards, and been nominated for countless others, THE WEST WING is a firm favorite with American TV audiences.

On April 5th, follow the re-election of President Bartlet to his second term and witness the gripping personal crisis that forces him to chose between the best interests of the country and those of his family in this 22-episode, 6-disc collector's set! Compelling and clever storylines reveal the inner workings of the White House in this innovative, multiple Emmy-Award-winning drama series from producers John Wells ("ER," "China Beach"), Aaron Sorkin ("Sports Night") and Thomas Schlamme ("Sports Night").Presented with must-see bonus materials, The West Wing's fourth season received 15 Emmy nominations and 2 wins including, Best Drama Series and Outstanding Directing for a Drama Series.