VeggieTales The Pirates Who Don't Do Anything - A VeggieTales Movie G

Get email alerts for VeggieTales
Available: Usually ships in 2-5 business days
Add to Cart
Add to Wishlist
Format:  DVD
sku:  JJT 22458D
Also released as:
The Pirates Who Don't Do Anything - A Veggietales Movie for $8.70
Our customers love us! 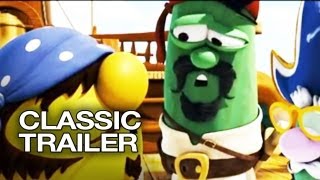 The Pirates Who Don't Do Anything: A Official Trailer #1 - Phil Vischer Movie (2008) HD 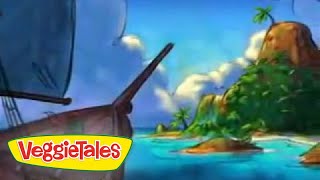 VeggieTales: The Pirates Who Don't Do Anything - Movie Trailer (Featurette)

Riffing off of the general themes of THE WIZARD OF OZ and clearly sharing similarities with the PIRATES OF THE CARIBBEAN films, this movie, which is actually based on a VeggieTales song of the same name, uses its silly produce protagonists and their high-seas hijinks to instill themes of courage and assertiveness in its young viewers. Those looking for the blatant Biblical themes that are usually present in the popular video series (see the earlier JONAH film) may be slightly disappointed by their absence, but the VeggieTales characters still manage to convey plenty of positive messages amidst their exploits. While PIRATES doesn't hit Pixar levels of mass appeal, the movie is sure to entertain small children.

16%off
VeggieTales
God Loves You Very Much
$8.40 Super Savings
Add to Cart

16%off
VeggieTales
Beauty and the Beet
$8.40 Super Savings
Add to Cart

19%off
Pirates of the Caribbean: Dead Men Tell No Tales
$12.20 Super Savings
Add to Cart

25%off
Banned Cartoons: A Historical Archive of the Shameful... TOP 10 Bestseller
$5.95 on Sale
Add to Cart

25%off
The Gospel According to St. Matthew TOP 25 Bestselling DVD
$5.95 on Sale
Add to Cart

25%off
Bizarre Cartoons of The Past TOP 25 Bestselling DVD
$5.95 on Sale
Add to Cart