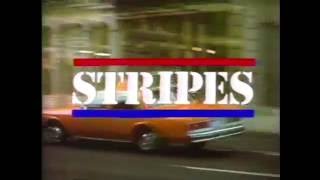 When John Winger (Bill Murray) loses his girlfriend, his job, and his apartment, he and his best friend (Harold Ramis) decide to join the Army. Way over their head, they eventually learn the ropes and manage to take a top-secret U.S. recreational vehicle behind the iron curtain on a road trip. Directed by Ivan Reitman (GHOSTBUSTERS, MEATBALLS.)