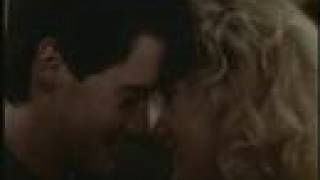 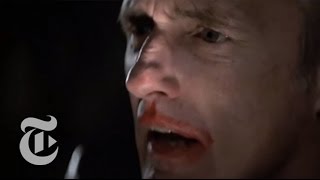 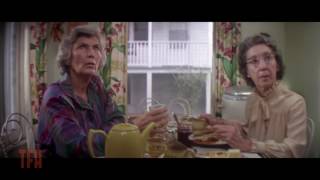 "I'm seeing something that was always hidden...I'm in the middle of a mystery, and it's all secret."
- Jeffrey Beaumont (Kyle MacLachlan)
"The town that knows how much a woodchuck chucks."
- Lumberton radio deejay
"Why are there people like Frank'"
- Jeffrey
"It's a strange world, isn't it'"
- Jeffery

Director David Lynch follows up 1984's DUNE with this electrifyingly original thriller. After returning to his hometown of Lumberton, North Carolina, in order to visit his sick father, Jeffrey Beaumont (Kyle MacLachlan) discovers a severed human ear in a vacant field. He befriends Sandy Williams (Laura Dern), the daughter of the detective assigned to the case, and uses her information to investigate the situation himself. This leads Jeffrey to Dorothy Valence (Isabella Rossellini), a sexy nightclub singer whose involvement with a raving psychopath named Frank Booth (Dennis Hopper) begins to answer some important questions. Unfortunately, it also draws Jeffrey one step closer to Frank, a menacing figure who inhales from a nitrous-oxide tank and preaches the pleasures of drinking Pabst Blue Ribbon beer. The film contains such a unique blend of comedy, drama, and suspense that the line between the three is blurred, making for an unsettling yet highly invigorating viewing experience. Lynch manages to create a world onscreen that is superficially normal but tinted with a weirdness that is all his own. It is this twisting of reality that makes BLUE VELVET an oddly familiar yet completely unique motion picture, featuring an unforgettable performance by Dennis Hopper.

A deeply shocking and insidiously funny film, David Lynch's offbeat vision uncovers the nasty underside of small-town America. When a young man finds a human ear in a field, he embarks on an investigation into the dark world of a dangerous psychopath, which leads him to a beautiful nightclub singer. Truly an auteur film, if there is such a thing, BLUE VELVET is a bizarre, disturbing work that stands as one of the best films of the 1980s.