There is no force more powerful than the will to live. 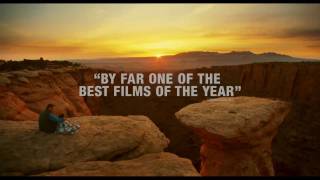 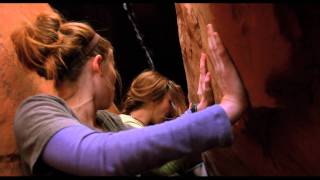 Hollywood Reporter - 09/06/2010
"Boyle takes advantage of the beauty of the setting, familiar from many John Ford Westerns, but he also captures the inner life of the character. He is aided enormously by Franco, who pull off a virtual one-man show."
Box Office - 09/08/2010
4 stars out of 5 -- "Boyle's direction packs a sense of urgency into every frame and fast-paced editing by Jon Harris is strong."
Entertainment Weekly - 10/29/2010
"Danny Boyle's 127 HOURS is a true-life adventure that turns into a one-man disaster movie -- and he darker it gets, the more enthralling it becomes."
Los Angeles Times - 11/05/2010
"127 HOURS is a nearly solitary tour de force as Franco moves through the various emotional and physical states that desperate straits churn up with such a naturalistic ease it gives the film a documentary feel."
Wall Street Journal - 11/05/2010
"[I]t's exciting, stirring, often funny, sometimes lyrical and unusually thoughtful."
New York Times - 11/05/2010
"[The] film, 127 HOURS, is itself the frequently dazzling and perpetually surprising solution to an imposing set of formal and creative conundrums. The stakes are not life and death, but rather life and art."
USA Today - 11/05/2010
4 stars out of 4 -- "Only a truly visionary filmmaker could take a story largely set in a cramped canyon and give it a sense of openness and hope."
A.V. Club - 11/04/2010
"Boyle captures the intensity of Ralston's experience in a swift, agonizing, defiantly cinematic 90 minutes."
Rolling Stone - 11/04/2010
3.5 stars out of 4 -- "[Boyle] pumps every frame of 127 HOURS with cinematic adrenaline that declares war on the the dull gravity of docudrama."
Movieline - 11/04/2010
"Franco's scruffy-dog charm is the thing that keeps the story buoyant. He seals self-pity, even self-doubt, out of the performance."
Chicago Sun-Times - 11/10/2010
4 stars out of 4 -- "Boyle uses magnificent cinematography by Anthony Dod Mantle and Enrique Chedlak, establishing the vastness of the Utah wilderness, and the very specific details of Ralston's small portion of it."
Washington Post - 11/12/2010
3.5 stars out of 4 -- "With a nervy, vivid visual style and a commitment to humanism at its most life-affirming, Boyle makes the unbearable not just endurable, but beautiful."
USA Today - 12/31/2010
Included in USA Today's "10 Best Films Of 2010" -- "Stunningly kinetic filmmaking..."
Rolling Stone - 12/24/2010
Ranked #6 in Rolling Stone's "10 Best Movies Of 2010" -- "[The filmmakers] carve artful adventure out of this true tale..."
Empire - 01/07/2010
4 stars out of 5 -- "The vibrancy is there right from the start. We've known that Danny Boyle can work wonders with dark subject-matters..."
Total Film - 01/01/2011
4 stars out of 5 -- "[A]s Boyle's humanist thrust powers towards an ecstatic conclusion, it's the emotional cuts that linger."
Sight and Sound - 02/01/2011
"Boyle offers an excitedly externalised take on Ralston's thought-world....Franco is a major asset here, winkingly charismatic then disarmingly humble..."
Uncut - 02/01/2011
5 stars out of 5 -- "[A] completely compelling film....Stunningly filmed, the landscape's harsh beauty provides a tactile, overwhelming backdrop to a terrifying but ultimately transcendent experience."

James Franco stars in director Danny Boyle's inspiring survival drama based on the incredible true story of Aron Ralston, who became trapped alone in a Utah canyon for days after slipping on a loose rock, and resorted to extraordinary measures in order to make it out of his dire predicament alive. An experienced hiker and climber, Ralston (Franco) is very much in his element when he parks his truck by a mountain near Moab, UT, hops on his bike, and peddles to the middle of nowhere. Later, when Ralston encounters a pair of young female hikers who have gotten lost while searching for a local landmark, he jovially shows them a sight that most casual hikers miss before bidding them farewell and continuing on his way. Drifting through the canyons alone, deep in thought, however, the explorer who presumed he was ready for anything quickly discovers just how fast things can spin out of control when a rock gives way as he shimmies down a crevice, and pins his hand to the unforgiving wall of stone. Over the course of the next 127 hours, Ralston tries everything he can think of to free himself, flashing back to small but memorable events in his life -- as well as forward to the future that he might enjoy should he manage to wiggle free -- as his body begins the slow process of shutting down. Eventually realizing that the only way out is to leave part of himself behind, the exhausted, delirious adventurer draws his cheap made-in-China multi-tool, and does what it takes to survive.