548K ratings
Out of Print: Future availability is unknown
Notify Me When Available
Add to Wishlist
Format:  DVD
item number:  65D9A
Also released as:
Vanilla Sky (Blu-ray) for $12.80
Related products:
Eternal Sunshine of the Spotless Mind for $8.40
The Sixth Sense for $6
Premonition for $9
Minority Report for $8.70
Love the Hard Way for $12.60
Our customers love us! 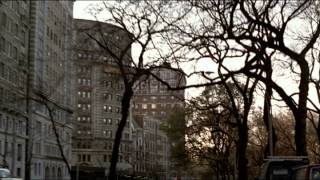 Director Cameron Crowe (JERRY MAGUIRE, ALMOST FAMOUS) teams up with Tom Cruise once again in an adaptation of Alejandro Amenabar's 1997 Spanish film OPEN YOUR EYES. Cruise plays David Aames, a playboy publisher leading a seemingly charmed life. His most recent playmate is his "friend" Julie Gianni (Cameron Diaz), who cares for David more than he realizes. When David meets the fetching Sofia Serrano (Penélope Cruz) at his birthday party, he awakens to the possibility of what true love can feel like, leaving Julie distraught. However, after an accident that changes David's life, he is forced to rethink his choices. This psychological thriller becomes roller coaster ride of flashbacks as David tries to make sense of all that has happened, relaying some surreal experiences to a psychiatrist (Kurt Russell) after being charged with murder. The film's message may differ for each viewer, but it does make one bold point: every action has consequences.

Crowe gets exceptional performances from Cruise, Cruz, and Diaz and the alluring pop soundtrack features songs from REM, Radiohead, Bob Dylan, and Peter Gabriel. Amazingly, the scene of Cruise running through a completely empty Times Square was shot on location, a major feat in and of itself.