Q: 4 stars out of 5 -- "[The] horn-heavy gospel-soul troupe swings like leaves in the breeze, while EC plays thrilling bee-sting Stratocaster guitar..." 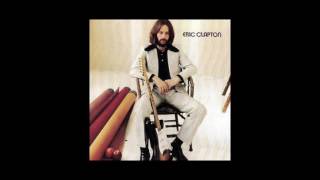 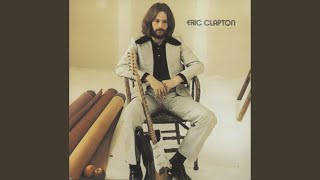 Eric Clapton's first solo album, originally released in August 1970, represents one of rock history's most successful reinventions. After emerging as one of the seminal guitar heroes of the '60s (as a member of the Yardbirds, John Mayall's Bluesbreakers, Cream and Blind Faith), the English superstar decisively reestablished his musical priorities with Eric Clapton. The album marked Clapton's transition from flashy instrumental icon to well-rounded recording artist, downplaying sonic pyrotechnics in favor of a song-focused ensemble sound that would lay the groundwork for his massively successful solo career. For the occasion, Clapton surrounded himself with a new cast of American musicians, notably Delaney and Bonnie Bramlett and Friends, tapping into a rootsy musical foundation that provided an inspired framework for his talents. He struck up a musical and personal rapport with the Bramletts and the seasoned, roots-steeped musicians who comprised their band, including (future Derek & The Dominos members) keyboardist Bobby Whitlock, bassist Carl Radle, drummer Jim Gordon, as well as percussionist Tex Johnson, backup singer Rita Coolidge and horn players Jim Price and Bobby Keys.

Two distinctive mixes of Eric Clapton were originally prepared - one by the album's producer/co-writer/arranger Delaney Bramlett, and one by legendary producer/engineer Tom Dowd, who'd previously worked with Clapton on the Cream classics Disraeli Gears and Wheels Of Fire. Although Dowd's mix was the one ultimately released, many who've heard both have expressed a preference for Bramlett's version.

Eric Clapton: 2-CD Deluxe Edition, explores in detail this landmark recording, presenting a remastered version of the original album, along with a previously unreleased version of the album, as well as session out-takes and related singles recordings.