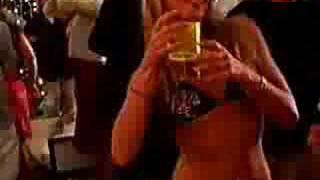 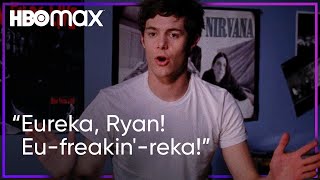 With its debut in 2003, THE O.C. quickly became the most popular night-time soap since BEVERLY HILLS, 90210. Captivating audiences with its fresh dialogue, clever wit, steamy storylines, and the mesmerizing power of Peter Gallagher's eyebrows, the series became a trendsetting force in terms of popular fashion and music tastes among young viewers. When the second season (and school year) begins, each character is facing the aftermath of the events of last spring. After being abandoned by Ryan (who returned home to Chino on the belief that he'd impregnated his childhood sweetheart, Theresa), and forced to move into Caleb Nichol's mansion, Marissa heats things up with the pool boy in order to spite her mother, and starts drinking in the daytime. Meanwhile, Summer starts dating new guy Zach in order to get over Seth, who sailed away for the summer on his sailboat and has yet to return.

With several of last season's secondary characters gone (Anna, Haley) there is room for a whole new group of O.C. residents to cause trouble in the lives of Newport's elite. Even as Seth and Ryan eventually return to the Cohen home, things are not as they used to be. The drama of the second season is not limited to the show's teenage protagonists however, with even the show's moral core, the marriage between Sandy and Kirsten Cohen, facing its challenges with the emergance of an old flame and a new love interest. Like the Cohen's house, which is undergoing renovation, everyone in the seaside community is going through changes. Believe it or not, the second season (contained here in its entirety) contains even more drama than the show's debut season. Show creator Josh Schwartz continues in his mission to include indie music on the show, even working several live performances by bands like Modest Mouse and Death Cab For Cutie into the scripts.

There's trouble (and plenty of fun) in paradise in this 24-episode, 7-disc Season 2 collection of the smash-hit series set in Orange County's posh Newport Beach. Hook up with what's coming down as the Core Four romances of Ryan-and-Marissa and Seth-and-Summer may (or may not) go from very over to very on, Sandy and Kirsten face choices that could trainwreck their 20-year marriage, felon (and Ryan's brother) Trey gives Newport living a try, Julie's lurid past comes back to haunt her, and other new hunks and hotties become part of the coastal scene. Live. Laugh. Lie. Cheat. Grow. Share. Connive. Love. In California's beach paradise, they do everything under the sun.

60%off
Robin Gibb
Live With The Neue Philharmonie Frankfurt Orchestra
$3.98 on Sale
Add to Cart
(30+)