A Nightmare on Elm Street 4 - The Dream Master R

Terror beyond your wildest dreams. 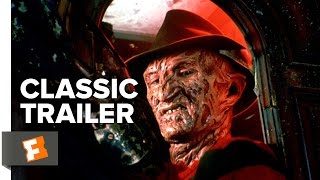 Los Angeles Times - 08/19/1988
"...By far the best of the series, a superior horror picture that balances wit and gore with imagination and intelligence..."

Freddy, the psycho-sandman, returns to terrorize the teenagers on Elm street, but finds himself squared off against the "Dream Master," a beautiful young girl who just may have the psychic ability to lay the horror to rest.

The fourth film and third sequel in the "Nightmare on Elm Street" series.
To the horror of all, Freddy Krueger is apparently still alive and on another killing spree. But most horror-struck of all is Alice, a young, pregnant woman, who fears that Freddy is the father of her child.
Once again, good must do battle with evil, so Alice enlists the help of Freddy's victims from beyond the grave to help her in her quest to rid Elm Street of Freddy forever.