Land of the Dead

The dead shall inherit the Earth.

227K ratings
Currently Out of Stock: We'll get more as soon as possible
Notify Me When Available
Add to Wishlist
Format:  DVD
sku:  3259G
More products that might interest you:
Classic Horror Collection: 20 Full Color Vintage Movie Postcards (Movie Collectible) $4.78
Related products:
Night of the Living Dead (Blu-ray) for $22.49
Dawn of the Dead (Director's Cut) (Blu-ray + DVD) for $9.98
The Last Man On Earth (Letterbox Edition) for $5.95
Masters of Horror - Tobe Hooper: Dance of the Dead for $6.98
Our customers love us! 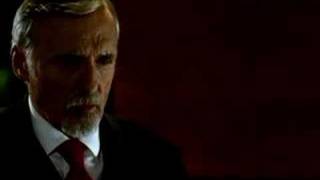 Land of the Dead Trailer

Zombie movies slip in and out of fashion, but it's always a special occasion when the man who helped turn the undead into a worldwide phenomenon decides to add an installment to his ongoing saga of flesh-eating films. George A. Romero's zombie movies have all appeared in different decades, beginning with NIGHT OF THE LIVING DEAD in 1968, DAWN OF THE DEAD in '78, and DAY OF THE DEAD in '85. Romero skipped the '90s, but a zombie renaissance in the early 21st century (28 DAYS LATER, SHAUN OF THE DEAD) finds him back in the directors chair.

Often seen as allegories for their times, Romero's films have been connected to societal events such as the consumerism of the '70s (DAWN OF THE DEAD) and the spread of the AIDS virus in the '80s (DAY OF THE DEAD). With 2005's LAND OF THE DEAD, Romero positions the bulk of his story in a giant skyscraper which houses the last humans left on the planet; although his intentions are foggy this time, LAND appears to be Romero's commentary on the post-9/11 political landscape. The zombies only bother crews who venture outside the makeshift city for supplies, but the people are kept sedated by their leader, the irascible Kaufman (Dennis Hopper), who exaggerates their threat. What Kaufman doesn't realize is that the zombies are learning skills they half-remember from their old selves, leading to some impressively blood-soaked scenes of tumult. In an unusual move for Romero, Hopper is joined by name actors such as John Leguizamo and Asia Argento. The film greatly benefits as a result, successfully portraying an atrophied civilization that has regressed to a primitive state, allowing its undead tormentors to sense that a free lunch may be just around the corner.