Rumble in the Bronx R

96K ratings
Currently Out of Stock: We'll get more as soon as possible
Notify Me When Available
Add to Wishlist
Format:  DVD
sku:  XRI 04410D
Different formats available:
Rumble in the Bronx (Blu-ray) for $12
Our customers love us! 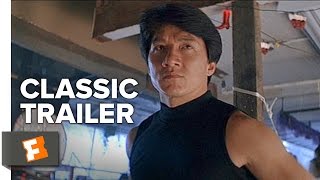 "Don't you know you are the scum of society"' - Keung (Chan) to the group of hoodlums who have just trashed his friend's market.

After years as the biggest star in Asia, Jackie Chan (abetted by his able collaborator director Stanley Tong) took North America by storm in 1996 with RUMBLE IN THE BRONX, the first Hong Kong film to make it to number one at the U.S. box office. Keung (Chan) visits his uncle in the Bronx and ends up helping protect a local grocery store from thugs. A beautiful neighbor's involvement with the gang catapults Keung into even more trouble, and it will take all of his wits--and whiplike kicks--to save himself. The film introduced Chan's original combination of masterful martial arts and goofy comedy to a widespread American audience. As in other Chan movies, blooper scenes run during the credits, showcasing the hilarious and disastrous blunders made during filming and revealing that Chan, who performs all his own stunts, seems willing to take mind-boggling risks to create his distinctive brand of celluloid magic.

A Chinese tourist who goes up against a gang of vicious, motorcycle-riding hoodlums.