Out of Print: Future availability is unknown
Notify Me When Available
Add to Wishlist
Format:  CD
item number:  6K2WQ
Related products:
Ozzy Osbourne: Ordinary Man for $12.10
John Fogerty: 50 Year Trip: Live at Red Rocks for $29.20
John 5: The Devil Knows My Name for $26.80
Airbourne: Boneshaker for $13.60
Rob Halford: Celestial for $12.10
Our customers love us! 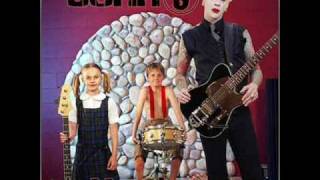 Personnel: John 5 (guitar, lap steel guitar, banjo, mandolin); John 5; Billy Sherwood (lap steel guitar, bass guitar, programming); Jay Schellen (bass guitar, drums); Bourbon Bob Bartell (bass guitar); Kevin Savigar (keyboards, programming); Graham Ward (drums).
Audio Mixers: Billy Sherwood; Bob Marlette.
Recording information: Satinwood Sound; The 4 Tune's Room; The Office.
Arranger: John 5.
Fresh out of Marilyn Manson's band, guitarist John5 wasted no time issuing his solo debut, 2004's Vertigo. And for Manson disciples expecting the album to strictly follow to the game plan that John5 followed with his previous employer, you're sure to be in for a surprise. While there are tracks that are certainly Manson-esque, John5 shows that he's one of the more versatile guitar pickers on the scene today, as more than half the album wouldn't sound out of place being played on-stage at the Grand Ole Opry. Set the CD on "random play" and you're sure to fool others into thinking it's a compilation of several top guitar shredders. Things kick off with a pair of tracks that are what you'd expect from a former Marilyn Manson guitarist: the over-the-top shredfest "Needles, CA" and the riff rocker "Feisty Cadavers." But this soon proves to be a completely false assumption, as evidenced by such bluegrass ditties as "Sugar Foot Rag" and a cover of "Sweet Georgia Brown," the square dance-esque title track, and a blues-rock track that brings to mind the "guitar duel" between Steve Vai and Ralph Macchio in Crossroads, "Pulling Strings." Although some may automatically write off Mr. 5 due to his ghoulish makeup and attire, Vertigo will certainly please fans of such technically proficient shredders as Steve Vai and Steve Morse. ~ Greg Prato

Tedeschi Trucks Band
Let Me Get By
$15.40 CD Sale
Add to Cart