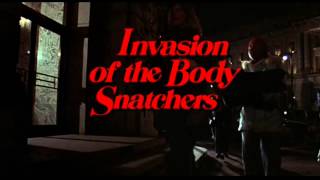 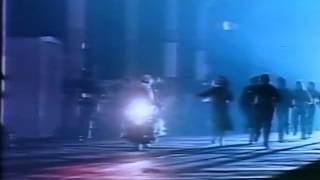 In this remake of the 1956 cult classic, terror slowly and silently strikes San Francisco as the city is mysteriously covered by alien spores that produce strangely beautiful flowers. Unbeknownst to the people, the flowers are the bearers of alien pods that make a spiderlike webbing that captures their victims as they sleep and replicates their human form. Although they still look human, the victims are transformed into emotionless creatures by a strange race of aliens out to consume and control humanity--and only four people are left to stop them. Donald Sutherland stars as Matthew Bennel, a Department of Health inspector whose close friend and coworker Elizabeth Driscoll (Brooke Adams) is overwhelmed by fear and paranoia when she begins to suspect her boyfriend, Geoffrey (Art Hindle), of no longer being human. Together, with their friends Jack (Jeff Goldblum) and Nancy (Veronica Cartwright), they are out to stop the bizarre alien invasion before they fall victim to the alien pods. Leonard Nimoy costars as Dr. David Kibner, a guru psychiatrist who might not be whom he seems. This haunting parable of human paranoia is a creepy glimpse of a city overrun with robotlike yuppies threatening to wipe out all of humankind. Sutherland gives a knockout performance as the leader of the last four humans left in San Francisco in this terrific blend of B-movie science fiction and modern terror.

A remake of the classic paranoid metaphor, this time it is yuppies who threaten to replace humankind with synthetic veggie-humans. See BODY SNATCHERS for yet another remake.

Invasion of the Body Snatchers
$17.20 Super Savings
Add to Cart