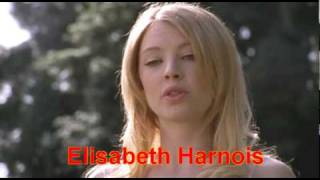 Cancelled before the first season was over, POINT PLEASANT nonetheless enjoys a strong cult following, taking its place among supernatural dramas like ROSWELL and TRU CALLING. Christina (Elisabeth Harnois) is discovered alone and lost on the beach in Point Pleasant by lifeguard Jesse Parker (Sam Page), and is taken to the home of Dr. Ben Kramer (Richard Burgi), whose family takes the girl in. Christina has come to town in search of clues to her past, and to the mother she never knew, who was a native of Point Pleasant. As Christina learns of her supernatural origins, tensions among the townspeople mount, and it becomes clear that the newcomer has powers she doesn't know how to control. Jesse finds himself drawn to her, while his girlfriend, Paula (Cameron Richardson), grows ever more jealous--and Jesse's best friend, Terry (Brent Weber), further complicates matters with his secret feelings for Paula. The arrival of Lucas Boyd (Grant Show, MELROSE PLACE) reveals further intimations of secrets kept, including those of Ben Kramer himself.

There's Something About Mary (Spanish Language)
$1.98 on Sale
Add to Cart
(33+ Million)