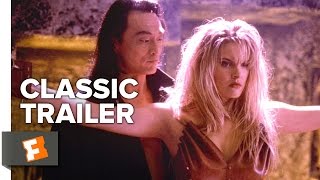 Three warriors, Sonya Blade, Johnny Cage and Lui Kang, battle the servants of the evil sorcerer Shang Tsung to determine the fate of the world. Based on the popular video game.

This film adaptation of the wildly popular video game comes complete with dazzling special effects and plenty of martial arts action. The plot revolves around a tournament that pits evil against good. The sinister team, led by the vile sorcerer Shang Tsung, includes the ice-wielding Sub-Zero, the serpent-like Reptile, and the gigantic, four-armed, muscle-bound mutant Goro. The good guys are led by Lord Rayden, who uses electricity as a weapon. His pupils include martial arts expert Liu Kang, vain movie star and karate expert Johnny Cage, and Sonya Blade, a task-force commando who KNOWS how to kick some butt. Adding to the tension is the fact that whichever team wins 10 Kombat tournaments in a row will rule the Earth. And Shang Tsung's demonic team has won the last nine.