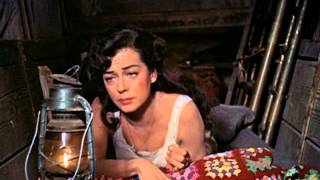 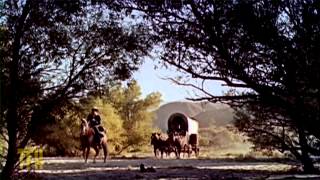 The hunt is on for seen men. Seven murderous rogues who robbed a Wells Fargo freight station of $20,000, killing a clerk in the process. Ex-lawman Ben Stride (Randolph Scott) is the man determined to track down those seven men, for it was his beloved wife who was murdered during the heist. During his quest, Stride encounters a struggling, California-bound pioneering couple (Walter Reed, Gail Russell) as well as an old nemesis, uneasy alliance. All will find themselves swept into the drama of Stride's search for frontier justice. Guns blaze and deceptions abound in this rugged drama, with Scott perfectly cast as the stoic, no-nonsense Western hero.

After his wife's murder in a Wells Fargo bank holdup, former sheriff Ben Stride (Randolph Scott) is beset with guilt and goes after the culprits. He joins up with a traveling couple (Gail Russell and Walter Reed), and the trio is in turn joined by a pair of cons hoping that Ben will lead them to the robbers--and, of course, the loot.

Customer Rating:
Based on 7351 ratings.


At last a perfect copy of this gem of a western. Randy is in top form and for me personaly the series he did with director Budd Boetticher stand the test of time as some of the best taut westerns ever made. Great entertainment!