The Youngbloods Ride the Wind (Live) 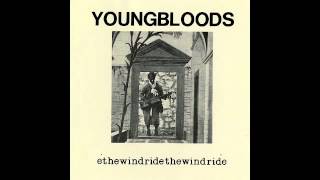 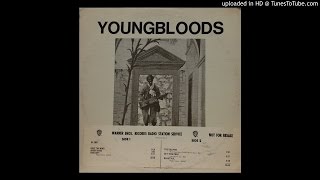 Youngbloods - Get Together (live) (Music Video)

The Youngbloods: Jesse Colin Young (vocals, guitar, kazoo, bass); Banana (guitar, piano); Joe Bauer (drums).
Recorded live in New York, New York on November 26-29, 1969.
Personnel: Jesse Colin Young (vocals, guitar, kazoo); Banana (guitar, piano); Lowell Levinger (guitar, keyboards); Joe Bauer (drums).
Liner Note Author: Jud Cost.
Recording information: New York, NY (11/26/1969-11/29/1969).
Photographer: Sidnmey Wasserbach.
This live disc followed up Rock Festival (1970), another batch of live recordings. However, Ride the Wind (1971) is far from simply a stop-gap effort between studio discs. The trio of Jesse Colin Young (bass/kazoo/rhythm guitar), Banana (guitar/piano), and Joe Bauer (drums) are definitely in their element on these half-dozen sides. In much the same way as their Marin County contemporaries, the Grateful Dead, the Youngbloods' live experience allowed the band to stretch out and take their improvisational interplay to a level that is merely hinted at on their studio sides. The disc begins with a nearly ten-minute version of the title track, which was initially issued on Elephant Mountain (1970). Banana really shines, as his laid-back electric piano runs are ably complemented by some interesting contributions from both Young and Bauer. The centerpiece is the extended instrumental interplay that ebbs and flows as the groove builds incrementally. The happy-go-lucky "Sugar Babe" sticks closely to the up-tempo ragtime version featured on Earth Music (1967). The band returns to Elephant Mountain for an easygoing and pastoral rendering of "Sunlight" that again allows for some well-tempered improvisation. The cover of Fred Neil's "The Dolphin" is another not-to-be-missed epic, as the Youngbloods never issued a studio version and once again a strong jazz influence dictates the performance's overall vibe. "Get Together" was the band's best-known side and still holds up in what is a spirited reading with just enough alteration to make it a worthwhile inclusion. Ride the Wind concludes with a final track from Elephant Mountain, as the optimistic "Beautiful" is given a lengthy and funky workout. When paired with the harder-edged Rock Festival, this live volume gives listeners another aural vantage point from which to rediscover the Youngbloods' unique country-rock leanings. ~ Lindsay Planer