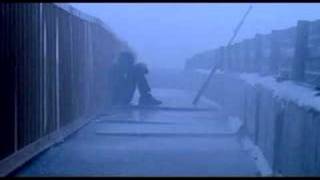 Director Andrei Zvyagintsev makes a phenomenally assured directorial debut with THE RETURN. The spare tale focuses on two young brothers, Andrey (Vladimir Garin) and Vanya (Ivan Dobronravov), whose lives are thrown into a tailspin when their father (Konstantin Lavroneko) returns after a 12-year absence. Bullish and intense, the patriarch takes the boys on a mysterious journey through a bleak yet beautiful Russian landscape. While Andrey looks up to his father, Vanya has trouble forgiving him for disappearing so many years ago. This strain adds even more drama to the already tense atmosphere, culminating in a shocking event that will change their lives forever.

Winner of the Golden Lion at the 2003 Venice Film Festival, THE RETURN is a masterful drama that works on an allegorical, as well as literal, level. Zvyaginstev's imagery is at once painterly, abstract, and realistic. Newcomers Garin and Dobronravov deliver performances that are deeply affecting. In a cruel twist of irony, actor Garin drowned just after shooting in the same water where the opening scene took place, which adds another level of bleakness to the film's somber tone. THE RETURN is a truly haunting work of art.

The Sacrifice (Plus Bonus Documentary)
$18.38 Winter Sale
Add to Cart