Get email alerts for Joe Jackson
60 ratings
Currently Out of Stock: We'll get more as soon as possible
Notify Me When Available
Add to Wishlist
Format:  CD
item number:  ZUCL 5163
Our customers love us! 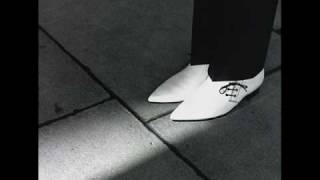 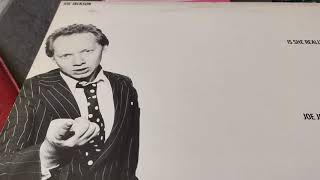 Personnel: Joe Jackson (vocals, harmonica, piano); Gary Sanford (guitar); Graham Maby (bass); Dave Houghton (drums).
Reissue producer: Mike Ragogna.
Recorded at Eden Studio, London, England. Includes liner notes by Scott Schinder.
Digitally remastered by Erick Labson at Universal Mastering Studios West, North Hollywood, California.
Personnel: Joe Jackson (vocals, harmonica, piano); Gary Sanford (guitar); Dave Houghton (drums).
Audio Remasterer: Erick Labson.
Liner Note Author: Scott Schinder.
Recording information: Eden Studios, London, England.
He burst onto the scene a couple of years later than Elvis Costello and Graham Parker, but Joe Jackson completed British rock's Angry Young Man trinity. As evidenced by his '79 debut, Jackson was a bit more eclectic than Parker or (early) Costello, and a touch ahead of both in terms of harmonic sophistication (though he downplayed his compositional chops at the beginning). The straight-ahead guitar-bass-drums trio that backed him on his first three albums was inspired by punk, but clearly more a part of the burgeoning new wave scene, marrying punk's aggression with smart, hooky pop song structures.
True to the spirit of the times, Jackson's irritated by just about everything; tabloids ("Sunday Papers"), his libido ("Pretty Girls"), muzak ("Instant Mash"), you name it. Fortunately, his pop craftsmanship is unerring, so no matter how irate he gets, his anger is backed up with infectious melodies and rhythms. Jackson moves deftly from the punk raving of "Got the Time" to the reggaefied "Fools in Love" and the '60s-ish pop of his first monster hit "Is She Really Going Out With Him" without missing a step.