Genesis Turn It on Again: The Hits 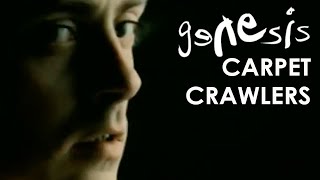 Q - 11/99, p.154
3 stars out of 5 - "...proves that behind the musical grandiloquence there were often great tunes....Collins remains the linchpin throughout....it's hard not to admire the singing drummer and wonder how he ever turned this ship around."
Mojo (Publisher) - 11/99, p.129
"...efficient pop-rock on which a thousand AOR radio stations built market share since 1981....[Genesis] do mid-tempo ballads, mid-tempo rockers....They do white funk, scary...and lighter in the air...all in the same closely defined soundworld....never [repeating] themselves..."

Genesis: Peter Gabriel (vocals, flute); Phil Collins (vocals, drums); Ray Wilson (vocals); Mike Rutherford (guitar, bass); Steve Hackett (guitar); Tony Banks (keyboards); Nir Zidkyahu (drums).
Additional personnel: Andy Richard, Gerry Hughes, Jamie Muhoberac.
Producers include: Trevor Horn, David Hentschel, Genesis, Hugh Padgham, Nick Davis.
Engineers include: David Hentschel, Hugh Padgham, Nick Davis.
Genesis (UK): Peter Gabriel, Ray Wilson (vocals); Steve Hackett (guitars); Tony Banks (keyboards); Mike Rutherford (bass instrument); Nir "Z" Zidkyahu, Phil Collins (drums).
Originally, there were plans for two Genesis box sets -- one covering the classic Peter Gabriel era, the other chronicling the band's development into hit-makers under the direction of Phil Collins. The Gabriel set was released in 1998, but instead of a second box following it in 1999, the single-disc Turn It on Again: The Hits appeared. Truth be told, it was a wise move, because even if the Collins set appears, there will be a market for a concise collection of hits, which Turn It on Again more or less is. Since Genesis had such a prolific career and had so many hits, it should come as no surprise that the compilation isn't complete, but it's a little disappointing to discover that such latter-day non-entities as "Hold on My Heart" (from the last Collins album, We Can't Dance) and "Congo" (from the post-Collins album, Calling All Stations) are included in favor of such fine singles as "Paperlate" or "Man on the Corner." But that's nitpicking, since all the big hits are here: "Turn It on Again," "Invisible Touch," "Follow You, Follow Me," "Tonight, Tonight, Tonight," "In Too Deep," "That's All," "Misunderstanding," "Throwing It All Away," and the list goes on and on. True, the sublime Gabriel number "I Know What I Like (In Your Wardrobe)" sounds completely out of place sandwiched between "Abacab" and "No Son of Mine," but it's nice to have it here. Similarly, "The Carpet Crawlers 1999," reworked as a duet between Collins and Gabriel, is a surprisingly effective re-recording, and a nice inclusion. It may not be enough to convince hardcore fans that they need Turn It on Again, but this album is really for listeners who've thought of Genesis as a singles act, and they're not going to be disappointed by this. ~ Stephen Thomas Erlewine

The Doobie Brothers
Best of The Doobies (CD)
$5.40 CD Sale
Add to Cart