Peter Wolf A Cure for Loneliness 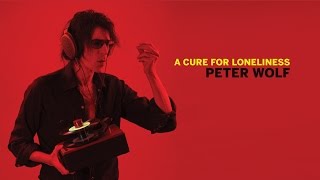 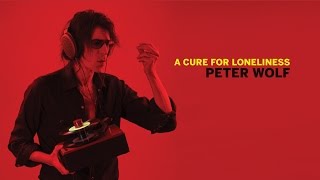 Rolling Stone
4 stars out of 5 -- "The unlikely highlight: Wolf's rendition of the vintage Moe Bandy honky-tonk heartbreak lament 'It Was Always So Easy To Find An Unhappy Woman' ("till I started looking for mine"), hitting right in the sweet spot where Nashville meets the Bronx."

Audio Mixer: Tom Schick.
Recording information: Middleville Studio; Sear Sound; Stone Mountain Arts Center; Woolly Mammoth Sound.
Photographer: Joe Greene.
With over ten solo albums, Peter Wolf's music remains rooted in American music traditions -- rock, blues, R&B, country. That said, he delivers them with more complexity and nuance than in his role as frontman for the J. Geils Band.
A Cure for Loneliness reassembles members of his longtime backing band the Midnight Travelers: guitarists Duke Levine and Kevin Barry, and bassist Marty Ballou -- augmented by drummer Shawn Pelton and keyboardist and co-producer Kenny White. Larry Campbell, Teresa Williams, and others appear in supporting roles. Wolf wrote or co-wrote all but three songs here. The material builds on the foundation laid on 2010's Midnight Souvenirs. The songs are more often than not sad, but they're never downers. Wolf's protagonists don't ask for pity or empathy. This is borne out in the covers too: Moe Bandy's honky tonk waltz "It Was Always So Easy (To Find an Unhappy Woman)" and the 1959 doo wop hit "Tragedy" by Thomas Wayne & the DeLons.
In the slow roots rock in "Rollin' On," one of four songs co-composed with Will Jennings), Wolf sings "...there's a big wide world I was born to see/I'm rollin' on/Leave hard times back behind me/Moving on/Down the road is where you'll find me...I've got miles on this heart/But I've never been afraid to start/Cut it loose and set it free/Straight from here to eternity." The guitars entwine and chime, and a B-3 whines as tom-toms underscore each line while backing vocalists testify to the truth in the grain of his voice. It's a gentle anthem, an axis the recording turns on. The soulful "Peace of Mind" is where Wolf first shows his R&B roots. The singer's words offer proof of all the emotional places he's been and the goal in all his searching. "Fun for a While," co-written with Tim Mayer, is confessional Americana that reflects folk, country, and, in its lyrical elegance, Doc Pomus. It's a tender testimony to life in the rearview from a survivor. "It's Raining" was co-written with Don Covay for a session between Wolf and Bobby Womack, but the latter passed before it transpired. It's an easy soul groover with punchy horns and a lyric that uses the weight of difficult experience as an opportunity in providing shelter for another.
Wolf revisits his own catalog with live versions of the Stones-esque "Wastin Time" (from 1996's Long Line) and an acoustic bluegrass version of the J. Geils' hit "Love Stinks," which is merely interesting -- once -- but could have easily been left off.
That one misstep aside, A Cure for Loneliness is solid Wolf. At 70, he has no intention of resting on his laurels, slowing down, or changing his mercurial ways. As an artist he has one direction: forward. ~ Thom Jurek