An arranged marriage. A deranged murder.

Unavailable: Sold Out
Notify Me When Available
Add to Wishlist
Format:  DVD
sku:  KSDVD 735D
Also released as:
Mesmerized for $4.78
Our customers love us! 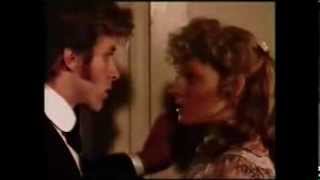 Based on true accounts of the Victoria Thompson murder trial, MESMERIZED tells the story of an 18-year old orphan who is forced into an arranged marriage with a cruel older man. Set in New Zealand in the 1800s, this drama stars Jodi Foster as penniless, naive Victoria, who at the young age of 17, is coerced to move into her new husband's home. Before long, Victoria realizes that Oliver Thomspon (John Lithgow) has some strange sexual habits, and an abusive nature. Concerned for her own safety, Victoria ponders what desperate measures she'll have to take in order to become free of this terrible arrangement. Thus, when Oliver turns up dead, Victoria becomes the prime suspect, arousing the scorn of the entire nation. Both leads give solid performances as Victoria and Oliver, with Foster's understated performance as Victoria nicely contrasting Lithgow's more extravagant portrayal of Oliver. The film thrives from this interesting couple dynamic.

This Gothic melodrama features Jodie Foster as a naive young bride, and John Lithgow as her mysterious, voyeuristic husband.
Victoria, an orphan with neither home nor money, suddenly wins the attentions of Oliver Thompson, a prosperous, older businessman. He weds her, but they continue to live apart while she remains in school. When Victoria does finally move into his home, she finds her husband has some strange habits -- including the desire to spy on her undressing, while never consummating the marriage.
Increasingly uneasy and unhappy in this situation, Victoria unsuccessfully tries to escape -- only to find Oliver ready and waiting to bring her back home again.
Now the desperate woman believes she has just one option left: to murder her husband...