Alex is the hottest commodity in Hollywood, a first-time director who's completed an unreleased but buzzed-about movie. Now Alex can't decide what he'll film next. 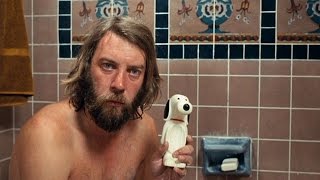 TOMATOMETER
Not Yet Available

AUDIENCE SCORE
Not Yet Available

Alex (Donald Sutherland) is the hottest commodity in Hollywood, a first-time director who's completed an unreleased but buzzed-about movie. Opportunity doesn't knock, it hammers. Alex and his wife (Ellen Burstyn) can buy a big home (which one?). He can lunch with a big producer (the producer pitches him). He can dream big (and in outlandish reveries, he does). The only thing Alex can't do is decide what he'll film next.

After Bob & Carol & Ted & Alice put them on everyone's Rolodex, the filmmaking duo of Paul Mazursky and Larry Tucker created this far-out exploration of Alex's quandary that's both Felliniesque homage and, fascinatingly so today, a time capsule of Hollywood's take on the values of the '60s.

Paul Mazursky wrote and directed this semiautobiographical film about Alex, a director (Donald Sutherland) who achieves overnight success with his debut effort and is confused and angst-ridden at the thought of his second project. An homage to Federico Fellini's classic tale of filmmaker's angst, 8 1/2, the film also serves as a tribute to creating cinema while parodying Hollywood's many excesses. Alex is deeply troubled by the future of his art, mired in confusion and mystery, and lost in a world he no longer recognizes. Mazursky skillfully combines surreal fantasy with biting satire as Alex attempts to navigate the world that has become a bizarre looking glass like Alice dropped into the mysterious Wonderland. Ellen Burstyn costars as Alex's wife, who quietly accepts her husband's eccentricities while shopping for a new home and attempting to live a normal life in Hollywood with their two young daughters, Amy (Meg Mazursky, the director's real-life daughter) and Nancy (Glenna Sargent). Alex's search for inspiration leads him on many bizarre journeys, including a trip to Italy, where he meets his cinematic idol, Federico Fellini (who appears as himself), goes on an acid trip with friends, and has a chance encounter with French star Jeanne Moreau, who appears in a marvelous fantasy sequence. Mazursky himself is hysterical in a small role as an overzealous producer.

Black Comedy | Surreal | Theatrical Release
This product is made-on-demand by the manufacturer using DVD-R recordable media. Almost all DVD players can play DVD-Rs (except for some older models made before 2000) - please consult your owner's manual for formats compatible with your player. These DVD-Rs may not play on all computers or DVD player/recorders. To address this, the manufacturer recommends viewing this product on a DVD player that does not have recording capability.

Voyage to the Bottom of the Sea (Blu-ray)
$21.60 Super Savings
Add to Cart

58%off
Next Stop, Greenwich Village
$4.19 Winter Sale
Add to Cart