Get email alerts for Jonny Lang
Currently Out of Stock: We'll get more as soon as possible
Notify Me When Available
Add to Wishlist
Format:  CD
sku:  725XX
Related products:
Jonny Lang: Lie to Me for $8.49
92% recommend us! 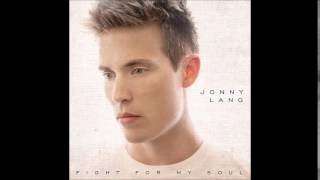 Marketed as a blues-rock prodigy early in his career, Jonny Lang had considerable success at a young age -- in 2004, A Tribute to Jonny Lang was released, arriving nearly a decade into the guitarist's career when he was just about to turn 22 -- so perhaps it isn't a great surprise that the first decade of the new millennium found him a little lost. He found religion, then tried to fuse his beliefs with hard rock on a series of transitional releases, before righting himself with 2013's Fight for My Soul. If the title suggests Lang may still be sorting out spiritual issues in his songs, the album itself bears no conflicted musical personality. Ditching the lingering hard rock along with any outright blues jams, Lang dives headfirst into classic soul and R&B, its elastic, funky grooves allowing the guitarist plenty of space to solo, but this isn't a record where the intent is to showcase instrumental virtuosity. Working closely with co-producer and co-songwriter Tommy Sims, Lang puts the focus on song and, with it, allows himself plenty of little stylistic detours. The album opens exuberantly with "Blew Up (The House)," which brings to mind a harder-edged, streamlined Sly & the Family Stone; later, Lang does a full-on Motown pastiche on "River," and the gently acoustic "All of a Sudden" suggests Babyface's '90s productions. At times, his emphasis on stuttering funk and thick sheets of guitar recalls Lenny Kravitz -- "Breakin' In" and "We Are the Same" are in that mold, while "I'll Always Be" suggests the candied psychedelic ballads that are Kravitz's stock in trade -- but that is by no means a bad thing, as Lang and Sims have given Fight for My Soul a similarly appealing gloss, so the album is enjoyable as sheer ear candy, but underneath the surface this is Lang's strongest set of songs yet. It took a little while for Jonny Lang to find his groove, but Fight for My Soul proves that he needed the journey so he could arrive at this destination. ~ Stephen Thomas Erlewine