Uncut: 3 stars out of 5 -- "HARD CANDY could be her most unpretentious and consistently enjoyable pop record since LIKE A VIRGIN." 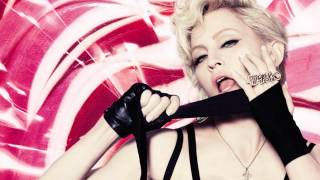 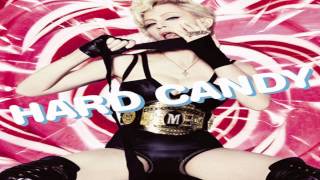 Rolling Stone - p.80
4 stars out of 5 -- "A songwriting team of American chart royalty helps Madonna revisit her roots as an urban-disco queen....Like CONFESSIONS, HARD CANDY celebrates dance as salvation, but even the euphorically groovy 'Heartbeat' and 'Dance 2night' strike wistful notes."
Entertainment Weekly - p.116
"[A]n unpretentious, nonstop dance party. In tunes like 'Give It To Me,' she's unabashedly reviving the celebrative spirit of early singles like 'Lucky Star' and 'Holiday'..." -- Grade: B+
Uncut - p.97
3 stars out of 5 -- "HARD CANDY could be her most unpretentious and consistently enjoyable pop record since LIKE A VIRGIN."
Q (Magazine) - p.134
3 stars out of 5 -- "At its most inspired...HARD CANDY shifts into overdrive to become the kind of record you want from a megastar with nothing to prove: unhinged, over-the-top, no-holds-barred."
Mojo (Publisher) - p.106
3 stars out of 5 -- "With Timbaland's trademark stuttering rhythms and The Neptunes' body-popping mischief, it is a purely visceral affair: a paean to love, sex and dancing."
Blender (Magazine) - p.74
4 stars out of 5 -- "[S]linky, playful music with undercurrents of adorable psychosexual intrigue..."
Record Collector (magazine) - p.91
3 stars out of 5 -- "There's a spark of Madge's old wit on 'She's Not Me'..."

Personnel: Justin Timberlake (guitar, background vocals); Dan Warner, Monte Pittman, Andrew Coleman , Wendy Melvoin (guitar); Stevie Blacke (mandocello, mandolin, strings); Hannon B. Lane (keyboards); Timbaland (drums).
DJ: Timbaland.
Audio Mixers: Andrew Coleman ; Mark "Spike" Stent.
Recording information: Sarm Studios, London, England; The Record Plant, Los Angeles, CA.
Photographer: Steve Klein .
HARD CANDY continues in the driving, club-oriented vein of 2005's CONFESSIONS ON A DANCE FLOOR, proving that Madonna has lost none of her energy and verve with age. In terms of material, in fact, HARD CANDY bests its predecessor, and the artist continues to make herself relevant in the 2000s by adding distinctly hip-hop grooves to her increasingly electronica-driven sound. Remarkably, the result never sounds like a blatant commercial appeal. As with nearly everything she's done, this groove-heavy disc is distinctly Madonna's own.
The Material Girl sculpted her sound this time out by hiring some of the hottest producers on the scene, including Timbaland, Justin Timberlake, and Pharrell and the Neptunes. Cuts like the lead-off single, "4 minutes" (a duet with Timberlake), and the thumping, sexy title track sparkle with a contemporary club feel, begging listeners to turn it up and shake it. Yet Madonna's classic pop sensibilities are far from lost in the mix. "Beat Goes On" recalls vintage singles like "Holiday"; "Heartbeat" is sleek, singalong Europop; and "Miles Away" is a love song that rides a sweet midtempo groove. Fun, danceable, and infectious, HARD CANDY is another winner from one of pop's all-time icons.

Madonna
Something To Remember
$13.70 CD Sale
Add to Cart