Room at the Top (Blu-ray)

A savage story of lust and ambition 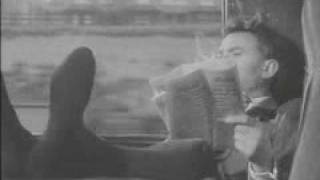 Joe Lampton, a working-class man from northern England, gets a job as an accountant and sets his sights on the rich part of town known as "the top." He seduces the factory boss's inexperienced daughter, coldly putting aside his true feelings for Alice, a warmhearted but unhappily married woman.
Although he realizes his ambitions, Joe must finally question whether having "a room at the top" is worth the loss of genuine love and affection.

23%off
Passport to Pimlico
$6.90 Super Savings
Add to Cart

Passport to Pimlico
$19
Add to Cart