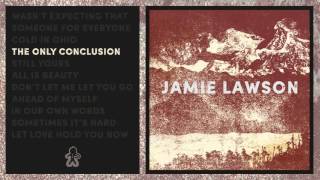 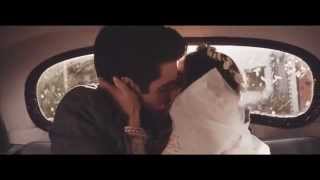 In a sea of millennial singer/songwriters eagerly strumming their guitars and singing about things that concern twentysomethings (George Ezra, James Bay, Vance Joy), a more mature voice has emerged from the adult contemporary ranks, buoyed by the king of those young crooners, no less.
Jamie Lawson -- the first to sign to Ed Sheeran's Gingerbread Man Records -- has been around the sun a couple more times than the average bloke releasing their first album, and it shows. On his self-titled debut, Lawson's naturally sweet voice lilts over 11 tracks of pretty and benign guitar pop that, as Sheeran once quipped, would be perfect for his "dad's dinner party." And that's no insult, despite coming from someone 15 years younger. Lovely tracks like "Still Yours," "In Our Own Worlds," and "Wasn't Expecting That" ache with a romantic yearning not unlike the most heart-on-the-sleeve acoustic numbers by Coldplay, James Blunt, or Glen Hansard. On "Sometimes It's Hard" and "All Is Beauty," his voice cracks and breaks in a most heart-rending fashion, the emotion indicative of the album as a whole. He's pouring his soul out. Elsewhere, uptempo (relatively) tunes "Someone for Everyone" and "Ahead of Myself" should please younger fans looking for that plucky energetic vibe.
Despite his years of experience in the Irish club circuit, he still seems a little uncomfortable with his newfound success: traveling the world with his new best friend and career savior, Ed Sheeran, and opening for the One Direction lads on their U.K. arena tour. The jump is jarring. But he still retains some of that innocence and purity on this comforting collection, almost 40 years in the making. ~ Neil Z. Yeung