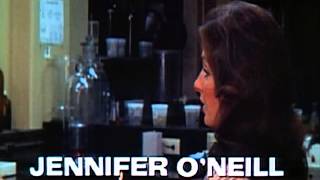 James Coburn brashes out the truth as he plays breezy and brilliant pathologist Peter Carey, confronting hypocrisy and murder in a Boston hospital. Directed by Blake Edwards and adapted from an early novel by Michael Crichton (writing under a pseudonym), The Carey Treatment is an existential murder mystery with a pathologist standing in for the P.I.

Blake Edwards directed this murder mystery set against the backdrop of a busy metropolitan hospital. Dr. Peter Carey (James Coburn) is a pathologist who has signed on to work with Dr. J.D. Randall (Dan O'Herlihy) at a prominent hospital in Boston. When Randall's daughter Karen (Melissa Torme-March) dies after a botched abortion, another member of the hospital staff, David Tao (James Hong), is charged with her murder. Carey is convinced that Tao is innocent and sets out to prove his point. He also finds time for romance with beautiful Bostonian Georgia Hightower (Jennifer O'Neill). THE CAREY TREATMENT features Pat Hingle as police detective Peterson; Michael Crichton contributed to the screenplay.

Death | Mystery | Thriller | Murder | Doctors | Detective | Crime | Music | Violence
This product is made-on-demand by the manufacturer using DVD-R recordable media. Almost all DVD players can play DVD-Rs (except for some older models made before 2000) - please consult your owner's manual for formats compatible with your player. These DVD-Rs may not play on all computers or DVD player/recorders. To address this, the manufacturer recommends viewing this product on a DVD player that does not have recording capability.

16%off
The Internecine Project
$12.50 Super Savings
Add to Cart

Harry In Your Pocket
$19
Add to Cart