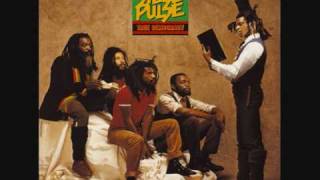 Compiles tracks from the TRUE DEMOCRACY, EARTH CRISIS and BABYLON THE BANDIT.
Photographer: Ebet Roberts.
Nothing on this 1993 compilation was actually a smash hit for Britain's Steel Pulse, a roots reggae outfit who started out with a rasta-righteous punk fervor in the late '70s but grew increasingly sleek and pop oriented as the '80s dawned. Drawn from the group's three '80s albums for Elektra Records, 1982's True Democracy, 1984's Earth Crisis and 1986's Babylon the Bandit, Smash Hits lacks anything from Steel Pulse's earlier impressive peak with Island Records when tracks like "Ku Klux Klan" made them a truly focused, politically committed and even dangerous band. Aside from a few scattered cuts like the wicked "Not King James Version," little of that early fire is on display here. [Rhino reissued this set in 2007 with the original sequence, album graphics and title intact but added a slipcover over the jewel case that listed the title as Greatest Hits.] ~ Steve Leggett

71%off
Reggae On The River: 20th Anniversary Celebration
$4.98 CD Sale
Add to Cart