Alternative Press: "[A]ll their songs are condensed into 90-second blastbeat clinics that make every riff sound like the best one you've ever heard." - 4 out of 5 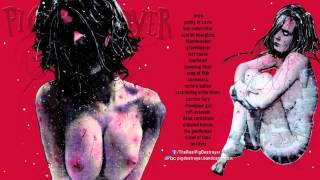 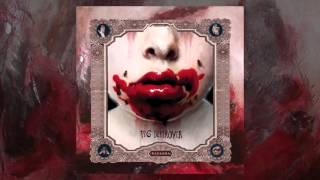 Alternative Press - p.110
"[A]ll their songs are condensed into 90-second blastbeat clinics that make every riff sound like the best one you've ever heard." - 4 out of 5
The Wire - p.57
"Their stripped down presentation keeps the listener's focus where it belongs - on the sounds. And that's where they do their serious damage....The visceral impact of TERRIFYER is breathtaking."
CMJ - p.17
"Twenty-one efficient, bloody grindcore songs are crammed into TERRIFYER's 32 minutes..."

Pig Destroyer: J. R. Hayes (vocals); Scott Hull (guitar, bass guitar); Brian Harvey (drums).
Additional personnel: Katherine Katz (vocals); Matthew Mills (guitar); Richard (Grindfather) Johnson (background vocals).
Of the three highly anticipated sophomore albums to come out on Relapse in the second half of 2004 -- the other two being the Dillinger Escape Plan's ghastly Miss Machine and Mastodon's good but slightly over-ambitious Leviathan -- Terrifyer is the one that really lives up to the pre-release hype and expectations. Coming three years after their proper debut full-length, A Prowler in the Yard, Terrifyer was billed early on as a two-CD concept album that would consist of one disc of short, blasting metal songs in the familiar Pig Destroyer style, plus another disc with a single extended, more experimental track. It's a similar set-up to Naked City's Black Box, which paired the hyper, cut-and-paste grindcore of Torture Garden with the slow, torturous Leng T'ch'e. The difference is that while Naked City were essentially avant-garde and never fully convincing as a metal band, Pig Destroyer is the real deal. The first disc builds on the style established with Prowler, dishing out 20 short, fast, abrasive grindcore songs, which fly by in around half-an-hour. If anything, these songs are tighter, heavier, and more punishing than the already formidable Prowler, and with an equally superb (and relentless) sense of pacing. Vocalist J.R. Hayes has diversified his delivery, adding in some wounded near-singing that's reminiscent of Today Is the Day's Steve Austin in places. Guitarist Scott Hull is a riff-master on par with the Melvins' King Buzzo and the guys in Carcass, and Brian Harvey tears up the drum kit with some of the most savage percussion work around (sans any cheap triggers or samples). The second disc contains just one track, "Natasha," a half-hour of slow, post-Melvins sludge interspersed with ambient electronic sounds and electro-acoustic samples. Note that you will need a DVD player to play this disc, as it's mixed in 5.1 Surround Sound and will not play on an ordinary CD player. Even if you consider the second disc as simply a bonus, this album is a must for death metal and grindcore fans as well as anyone else with a passing interest in the genre. ~ William York