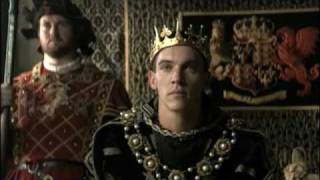 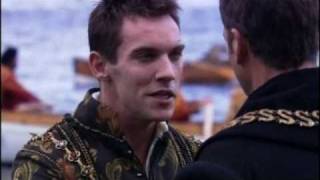 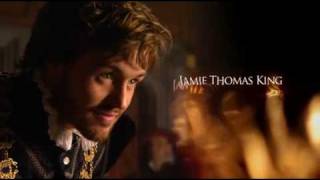 Mining one of history's most infamous figures to create a rich episodic drama, Showtime's THE TUDORS takes on the early life of King Henry VIII, played by Jonathan Rhys Meyers (MATCH POINT). With enough rivalries, scandals, and debauchery to make MELROSE PLACE blush, the engrossing series follows the 16th-century monarch's ascent to power, political battles, and personal ruthlessness. In this second season, Henry creates the Church of England in order to speed his annulment with Katherine of Aragon (Maria Doyle Kennedy). But what will happen when his new wife, Anne Boleyn (Natalie Dormer), can't produce a male heir' No stuffy costume drama, THE TUDORS boasts a talented acting ensemble that includes Peter O'Toole (LAWRENCE OF ARABIA) as Pope Paul III and Jeremy Northam (GOSFORD PARK) as Sir Thomas More. This collection presents all 10 episodes of the second season.

The Tudors presents the rarely dramatized, tumultuous early years of King Henry VIII's nearly 40 year, omnipotent reign (1509-1547). In addition to his famous female consorts and 20+ year marriage to Catherine of Aragon to the infamous dalliance with Anne Boleyn, the series delves in to Henry's most notable political relationship and the deconstruction of the Roman Catholic Church in England.
Source - Paramount Home Entertainment