Empire of the Sun Walking on a Dream

Rolling Stone: 3 stars out of 5 -- "'Without You' evokes LABYRINTH-era Bowie with its deep, quivering vocals and loopy keyboards."

Get email alerts for Empire of the Sun
Out of Print: Future availability is unknown
Notify Me When Available
Add to Wishlist
Format:  CD
sku:  6AJGW
Our customers love us! 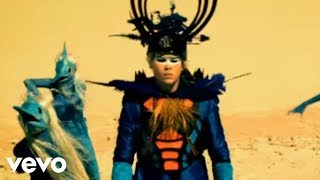 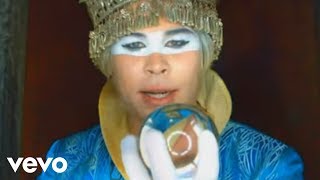 Rolling Stone - p.61
3 stars out of 5 -- "'Without You' evokes LABYRINTH-era Bowie with its deep, quivering vocals and loopy keyboards."
Blender (Magazine)
3 stars out of 5 -- "[I]t will haunt your dreams. Acoustic guitars strummed in time with dance beats, tinny vocals and tons of slap-back reverb -- it's like some magical pop formula concocted long ago..."

Recording information: Linear Studios, Sydney, Australia; Soundworks Music Studio, Sydney, New South Wales, Austr.
WALKING ON A DREAM is the debut album by Empire of the Sun, the Australian duo that includes Luke Steele of pop-rockers the Sleepy Jackson and Nick Littlemore of dance/electronica ensemble Pnau. Together they find a common ground between their stylistically disparate backgrounds, turning out tracks that incorporate both the psych-tinged pop sensibilities of Steele's previous recordings with the dance-driven snap and sparkling synth flavors of Littlemore's work with Pnau. There's a giddiness to the whole affair that lends a spirit of fun to the album, one that could easily appeal to a whole new audience unfamiliar with either man's past.