Getting Here is Half the Fun

14K ratings
Currently Out of Stock: We'll get more as soon as possible
Notify Me When Available
Add to Wishlist
Format:  DVD
sku:  C2RQ
Also released as:
Bell, Book and Candle (Blu-ray) for $24.60
Our customers love us! 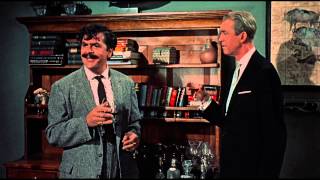 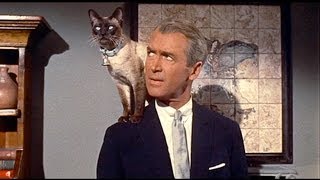 Meet Gillian Holroyd (Kim Novak), Greenwich Village's most seductive sorceress. Powerful, glamorous, and a wee bit bored, Gillian knows that witches can't fall in love. But they can have fun...especially if their lover belongs to another woman! So when Gillian discovers handsome new neighbor Shep Henderson (James Stewart) is the fiance of an old college nemesis (Janice Rule), she promptly puts the befuddled publisher under her spell. But while her sex hex may have heated up Shep's heart, it has also unthawed her own, leading to a romantic complication that not even Pyewacket - Gillian's mind-reading cat - could have foreseen.

Great cast in supernatural romantic comedy. When urban witch Novak casts a spell on Stewart to lure him away from a snooty former schoolmate, she finds the spell rebounding due to the intercession of a more powerful witch (Gingold). Lemmon and comic genius Kovacs add lots of laughs. Academy Award Nominations: 2.

In order to get revenge on a snooty former schoolmate, Manhattan witch Gillian casts a love spell on the schoolmate's fiance, Shepard. But her plan goes awry when she begins to have feelings of her own for Shep -- and witches aren't supposed to fall in love with humans.