Come into my parlor, said the spider to the... 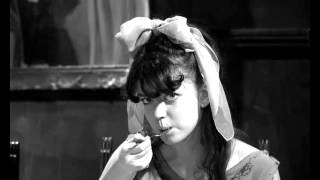 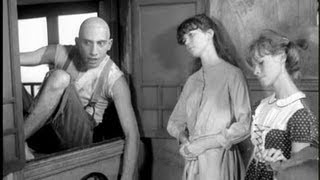 This gleefully deranged cult favorite marked the feature debut of Jack Hill (COFFY, THE SWITCHBLADE SISTERS) and one of the final screen appearances of horror icon Lon Chaney Jr. The story takes place at the home of the Merrye family, victims of a strange disease that degenerates its victims to a pre-human, cannibal state. The sole remaining survivors are the family chauffeur, Bruno (Chaney), sexually precocious sisters Elizabeth (Beverly Washburn) and Virginia (Jill Banner) and their animal-like brother Ralph (Sid Haig). The kids like to stalk and kill anything that gets into the yard, including an unlucky telegram messenger (Mantan Moreland), and when some greedy relatives eager to claim the family fortune intrude upon their familial bliss, an evening of wild, murderous thrills is certain.

Hill leavens the gruesome horrors of this film with sly wit, and even some touching moments; a tearful monologue by Chaney is a surprisingly moving highlight, and works eloquently as a farewell from the great star. Chanry also sings the zany title song. Fans of THE ADDAMS FAMILY or the films of Tim Burton are urged to check out this special midnight treat, which only gets better with repeat viewings.

Black Comedy | Cannibalism | Cult Film | Theatrical Release
This product is made-on-demand by the manufacturer using DVD-R recordable media. Almost all DVD players can play DVD-Rs (except for some older models made before 2000) - please consult your owner's manual for formats compatible with your player. These DVD-Rs may not play on all computers or DVD player/recorders. To address this, the manufacturer recommends viewing this product on a DVD player that does not have recording capability.

The Flesh Eaters
$19
Add to Cart