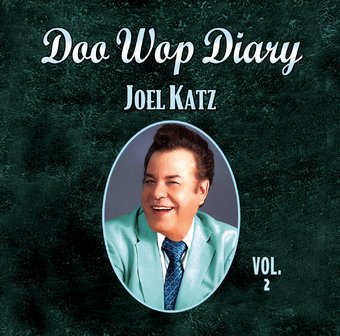 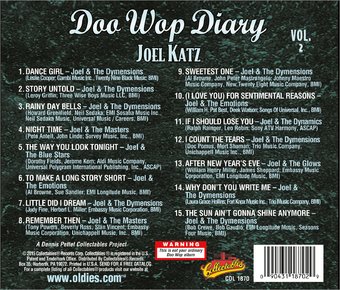 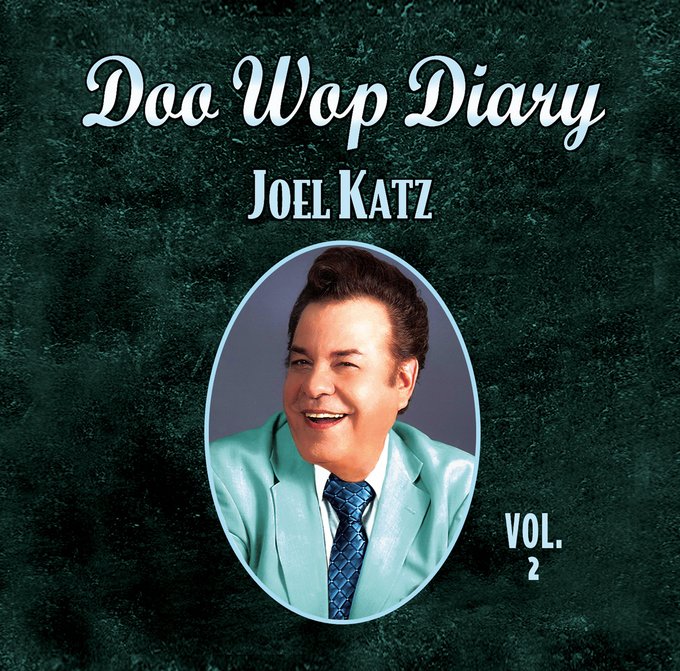 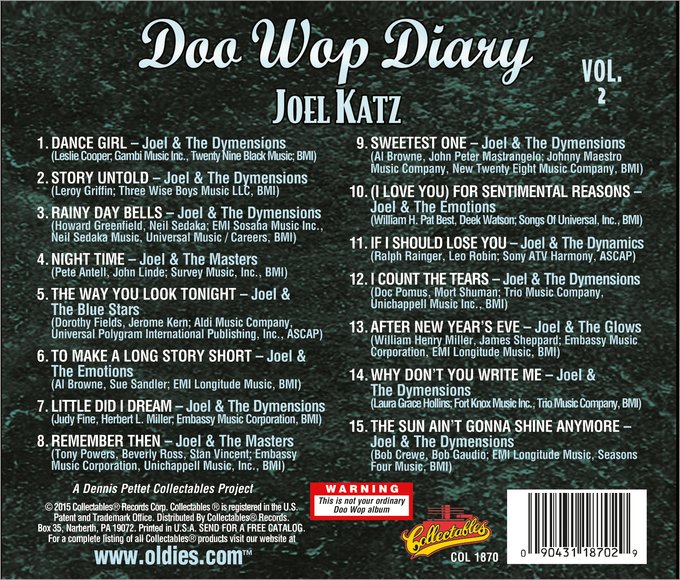 For the past four decades, Joel Katz has been doing his best to keep 1950s-style group harmony alive. Even as a teenager, Joel played the acappella and doo-wop shows in the New York / New Jersey area, including Palisades Park and legendary Disc Jockey Murray The Rock N Roll Shows.

Joel has sung on stage with The Del-Satins, Joe Favale's Emotions, The Five Discs and Johnny Maestro's Brooklyn Bridge. With his strong, smooth tenor voice, Joel has been the lead vocalist for The Autumns, The Connotations, The Platinums, Twilight and the late doo-wop guru Ronnie I's (Italiano) elite vocal group The Cliftonaires.

Joel teamed up with Johnny Maestro (The Crests, The Brooklyn Bridge), Larry Chance (The Earls) and Bobby Jay (The Laddins, The Teenagers) to record under the name Santa's Doo-Wop Helpers. With Joel singing lead, they released their wonderful version of "I Want For Christmas Is You" on The Ultimate Christmas Album, Volume 3 for Collectables Records (COL 4513).

Joel Katz is also a master engineer and has his own recording studio, Broadway South Recording in Fair Lawn, New Jersey. Joel can also be heard as a background vocalist on Aaron Neville's album My True Story.

38%off
Joel Katz / Johnny Maestro & The Brooklyn Bridge
Christmas with Johnny and Joel (CD)
$4.98 on Sale
Add to Cart

65%off
Joel & the Dymensions
The Complete Digital Doo Wop Sessions (CD)
$5.98 on Sale
Add to Cart

38%off
Joel Katz / Johnny Maestro & The Brooklyn Bridge
Christmas with Johnny and Joel
$4.98 on Sale
Add to Cart
(2)