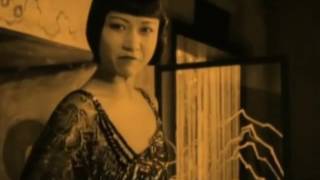 The star attraction of the Piccadilly Club is the dancing team of Mabel and Vic. Victor is infatuated with Mabel, but she rejects his advances since she is in love with Valentine Wilmot, the club's owner. One night, as Mabel and Vic perform their act, a disruption leads Wilmot back to the kitchen and he finds several employees in the scullery watching Shosho, one of the dishwashers, dancing on a table. That night, Wilmot fires both Shosho and Victor. but the club's sagging fortunes soon lead him to re-evaluate Shosho's talent.

A British silent murder mystery about a dancer from China who finds herself caught up in a crooked liaison between a nightclub owner and another dancer. Features a cameo by Charles Laughton in his feature debut. This is E.A. Dupont's original silent, sans post-release recorded dialog.

British | Mystery | Silent | Suspense | Thriller | Murder Mysteries
This product is made-on-demand by the manufacturer using DVD-R recordable media. Almost all DVD players can play DVD-Rs (except for some older models made before 2000) - please consult your owner's manual for formats compatible with your player. These DVD-Rs may not play on all computers or DVD player/recorders. To address this, the manufacturer recommends viewing this product on a DVD player that does not have recording capability.