Jeremy Irons stars as a respected member of Parliament who falls passionately in love with Anna (Juliette Binoche), the fiancee of his son. 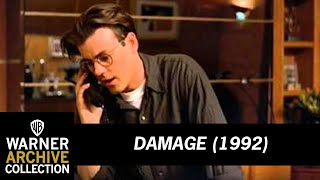 Academy Award-winners Jeremy Irons (Reversal of Fortune) and Juliette Binoche (The English Patient) are lovers locked in the grip of sexual obsession. Obsession so strong it drinks passion, breathes fire and consumes everything and everyone it touches.

In this gripping romantic thriller, a married and respected middle-aged MP (Member of Parliament) becomes romantically and obsessively involved with his son's fiancee, ultimately ruining his career. Willing to pay any price for his passion, he goes a step too far, and ultimately arranged his own tragic demise.