A movie heartthrob is tired of being besieged by adoring fans. When he meets his exact double, a shy Hawaiian plantation owner, they decide to switch for a month. 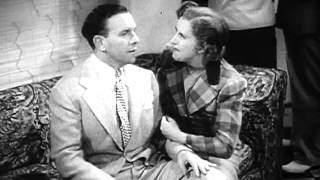 A witty masquerade, fabulous dancing and a gorgeous tropical locale give this land-inspired musical an exotic appeal. Handsome movie heartthrob Brooks Mason (Robert Young) is tired of being besieged by adoring fans. When he meets his exact double, a shy Hawaiian plantation owner named George Smith (also played by Young), they decide to switch for a month. While Mason blissfully sails off to Hawaii he meets and falls in love with a beautiful dancer (Eleanor Powell) -- but when he arrives in Honolulu he finds Smith's fiancee Cecilia, who's ready to marry. Meanwhile, poor Smith has been sent to a New York hospital, thanks to overzealous fans. Two women and one crazy scheme add up to double trouble for Mason, and all of a sudden the game's no fun...until Smith's grinning houseboy, Wong, gets a bright idea.

A cinema heartthrob finds trouble in paradise when he trades places with his double, a Hawaiian plantation owner. He's arrested, thrown in jail, and forced to marry his look-alike's sweetheart, all the while falling in love with a girl of his own. Young is fun to watch in the lead role (doing double duty as both the star and his double), and the musical numbers keep matters light and festive.

Romance | Switching Roles | Deception | Mishaps
This product is made-on-demand by the manufacturer using DVD-R recordable media. Almost all DVD players can play DVD-Rs (except for some older models made before 2000) - please consult your owner's manual for formats compatible with your player. These DVD-Rs may not play on all computers or DVD player/recorders. To address this, the manufacturer recommends viewing this product on a DVD player that does not have recording capability.