City by the Sea R

When you're searching for a killer... the last suspect you want to see is your son. 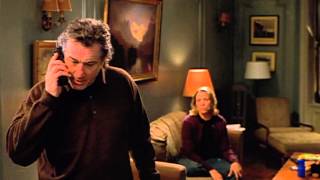 City By The Sea - Trailer

In CITY BY THE SEA, Robert De Niro plays Vincent, a New York City cop who is investigating a murder that leads him back to the place where he grew up--Long Beach. A born loner who is pained by his past but never shows it, Vincent rarely opens up to his partner (George Dzunda) or his girlfriend (Frances McDormand). However, when his son Joey (James Franco) is named as the murder suspect, he is challenged to confront his duties as a father and a cop.

A constant dialogue between the good times and the bad, the past and the present, and the choices made along the way gives CITY BY THE SEA an emotional, contemplative edge. In its opening scene, a colorful vintage photograph of the happily crowded seaside at Long Beach in the 1970s fades into the cold gray dilapidated locale of the early 21st Century. Joey has similarly faded from a cheerful young boy to a broken junkie loitering on the boardwalk and living in an abandoned merry-go-round. And while Vincent maintains a contented balance between work and his noncommitted romance, it is clear that he feels his best days have passed. The violence and neglect that permeates life on Long Beach is the evil from which Vincent must now save his son, a gesture which breathes new life and new hope into the family he nearly deserted.