19K ratings
Currently Out of Stock: We'll get more as soon as possible
Notify Me When Available
Add to Wishlist
Format:  Blu-ray
sku:  72DC7
92% recommend us! 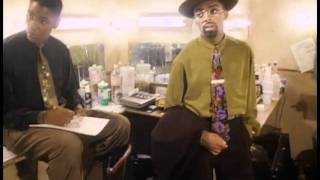 Spike Lee ventures into the world of jazz music with this stylish romantic drama. Forced by his mother to study the trumpet, Bleek Gilliam (Denzel Washington) has grown up to become the leader of a successful jazz quintet. Managed by his inept friend, Giant (Lee), Bleek clashes with fellow band member Shadow Henderson (Wesley Snipes). Making matters worse is Bleek's romantic situation: trying to balance two different women at the same time--schoolteacher Indigo Downes (Joie Lee) and aspiring singer Clarke Bentancourt (Cynda Williams). In a hysterical moment, the line is blurred when, while making love, Bleek calls each woman by the other's name. As he struggles to keep the quintet alive and flourishing, he must decide once and for all what it is he really wants: Indigo, Clarke, or his trumpet. The son of jazz musician Bill Lee, who contributes music to the film, Lee has written a script that crackles with witty behind-the-scenes banter that feels natural and fresh. Ernest R. Dickerson's camera moves at an even brisker pace than in other Lee films, which compliments the bouncy soundtrack, making MO' BETTER BLUES an entertaining ride.

Top jazz trumpet player Bleek Gilliam is obsessed by his music but indecisive about his two girlfriends. When his manager and childhood friend gets into trouble because of compulsive gambling, Bleek comes to his aid only to discover that his world is more fragile than he ever imagined. MO' BETTER BLUES is directed by Spike Lee and stars Lee; his sister, Joie; Denzel Washington; Cynda Williams; and Welsey Snipes.