The brave Americans who flew for France before the U.S. entered World War I are saluted in a rousing and flavorful adventure filled with flyboy camaraderie. 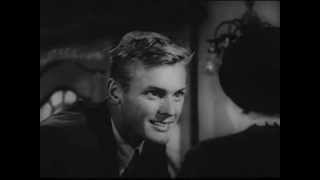 The brave Americans who flew for France before the U.S. entered World War I are saluted in Lafayette Escadrille, a rousing and flavorful adventure filled with flyboy camaraderie. '50s screen idol Tab Hunter stars as Thad Walker, a troubled youth who signs up with the elite corps. Love, however, throws a stumbling block in his path. He deserts to be with his sweetheart but ultimately returns to dogfight glory.

Maverick filmmaker William Wellman directs and bases this wartime romance on his experiences in World War I. The story is centered on a group of ace pilots, flying for France in the early years of the war, who encounter romance as well as combat. Still licking emotional wounds caused by his father, American youth Thad Walker (Tab Hunter) leaves the States to join the Lafayette Escadrille. Though he meets exciting people and sees his share of combat, more importantly he dates a French girl, Renee (Etchika Choureau), who happens to be a prostitute. They fall in love, and, if they can each manage to put the past behind them, a better life seems guaranteed. In the original ending Thad and Renee realized they couldn't ignore their separate pasts, so he begged a superior officer to let him return to his elite flying squadron or face being court-marstialed. He was granted permission to fly again only to be shot down and killed just as the war was coming to an end. This version has a completely different outcome. Look for actor William Wellman Jr., who portrays Bill Wellman Sr., his father, the famed director. The film also features the wonderful triumvirate of Clint Eastwood, David Janssen, and Tom Laughlin (BILLY JACK).

Maverick filmmaker William Wellman based this wartime romance on his experiences in World War I, in which a group of ace pilots flying for France encounter romance as well as war.

Action | Buddies | High Flying | Romance | War | World War I | Theatrical Release
This product is made-on-demand by the manufacturer using DVD-R recordable media. Almost all DVD players can play DVD-Rs (except for some older models made before 2000) - please consult your owner's manual for formats compatible with your player. These DVD-Rs may not play on all computers or DVD player/recorders. To address this, the manufacturer recommends viewing this product on a DVD player that does not have recording capability.