NME (Magazine): 5 stars out of 5 -- "Ozzy Osbourne is having an absolute ball on ORDINARY MAN, and he's not afraid to explore corners of the graveyard he's hitherto untouched." 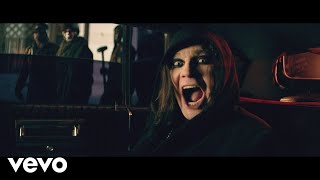 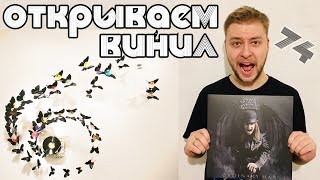 Rolling Stone
3.5 stars out of 5 -- "ORDINARY MAN brings Osbourne into new light. Because he recorded the LP in the depths of misery, the songs, whether tender or bawdy, are more revealing and personal than some of his past hits."
Billboard - "[H]is wicked edge has gotten even sharper over the years."
Billboard - "[O]n high-octane single 'Straight to Hell' and the manic, Post Malone-featuring 'It's a Raid,' he appears invigorated, replenished by a nearly 10-year gap between solo records."
NME (Magazine)
5 stars out of 5 -- "Ozzy Osbourne is having an absolute ball on ORDINARY MAN, and he's not afraid to explore corners of the graveyard he's hitherto untouched."
Clash (Magazine) - "Ozzy's morbidity is neatly counterbalanced by the vitality of his backing band. Watts, Smith and McKagan evidently had a whale of a time laying down their material."

Illustrator: Jon Contino.
Photographer: Sam Taylor-Johnson.
A decade passed between metal icon Ozzy Osbourne's 2010 album Scream and its follow-up, Ordinary Man. His 12th solo studio effort is charged with an unexpected crackle of life that hasn't graced an Ozzy album in a long time. In the time since his last solo endeavor, Osbourne reunited with Black Sabbath for touring and the recording of 13, the first Sabbath studio album he'd sung on since 1978. Possibly rejuvenated by his time back at the helm with one of the most foundational metal bands ever, there's a new level of heaviness throughout Ordinary Man. There have been Sabbath-isms scattered throughout much of Ozzy's solo output, but rarely as blatantly as the sinister riffing and cosmic metallic breakdown of songs like "Under the Graveyard" and the demented "Straight to Hell." Ozzy even goes so far as to reprise the "Alright now!" first heard on Sabbath's 1971 pro-pot anthem "Sweet Leaf" to open "Straight to Hell." Red Hot Chili Peppers drummer Chad Smith, Guns N' Roses alum Duff McKagan, and guitarist Andrew Watt (who produced the album after first working with Osbourne during his cameo on a Post Malone song in 2019) serve as the backing band, and turn in powerful performances that move from full-force metal attacks to quickly shifting grooves. The album recalls the raw power of Black Sabbath, but also channels Black Album-era Metallica on the creeping, oozy "Today Is the End" and the unhinged punk thrash on the Post Malone-assisted "It's a Raid." While Ordinary Man is surprisingly strong, it's not a grand slam. The by-the-numbers piano ballad title track is largely without character, wasting an odd duet of Ozzy and Elton John on a song that takes no risks and attempts nothing new. Less-inspired tracks like "Eat Me" and "Scary Little Green Men" would fit as filler anywhere in the Ozzy discography between 1986 and 2020, with stock riffs and Osbourne's patented maniacal laughter both feeling a little phoned in. Despite a few weaker spots, Ordinary Man contains some of Ozzy's best solo work in years. The production is huge but the energy is spontaneous, sounding like it was as fun to make as it is to listen to. 71 years old at the time Ordinary Man was released, Osbourne's voice in in great shape, sounding more or less like he always has. How he's making music this strong after riding the crazy train for more than half-a-century is anyone's guess, but the better songs here rank among his best. ~ Fred Thomas