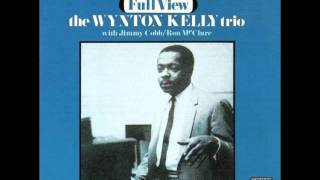 Wynton Kelly Trio - What A Difference A Day Made (Music Video) 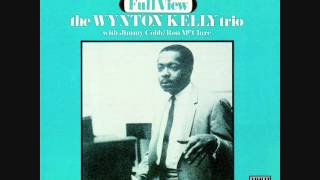 Wynton Kelly Trio: Wynton Kelly (piano); Ron McClure (bass); Jimmy Cobb (drums).
Recorded in September 1966.
Personnel: Wynton Kelly (piano); Jimmy Cobb (drums).
Audio Remasterer: Joe Tarantino.
Liner Note Author: Orrin Keepnews.
Recording information: Plaza Sound Studios, New York, NY (09/02/1966-09/30/1966).
Photographer: Charles Stewart .
Best known for his work as a sideman in Miles Davis's band, Wynton Kelly steps out into the forefront on this 1966 release. It was producer Orrin Keepnews's idea to capture the pianist in a trio setting, where Kelly could shine without horn players. Living up to his reputation as a master accompanist, Kelly allows each tune to swing hard on FULL VIEW. And because the piano is featured throughout, we get a clearer sense of Kelly the leader, and ultimately, Kelly the lyrical soloist.
On FULL VIEW, Kelly plays only one standard, "Autumn Leaves" (a longstanding favorite of the pianist). Other tunes such as the funky "Dontcha Hear Me Callin' to Ya" and the lively waltz "I Thought" were written by Kelly's friend, composer Rudy Stevenson. While every song reflects the elegant and nimble playing of Kelly, the highlight of the album is the pianist's clever reworking of Burt Bacharach's pop tune, "Walk on By."

Bill Evans
Some Other Time: The Lost Session from the Black Forest...
$23.50 CD Sale
Add to Cart