The Beach Boys Love You

Get email alerts for The Beach Boys
Out of Print: Future availability is unknown
Notify Me When Available
Add to Wishlist
Format:  CD
sku:  6KAD3
91% recommend us! 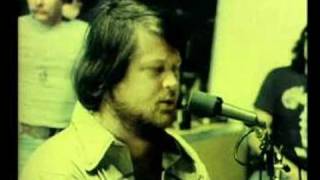 The Beach Boys - Let us go on this way (Music Video)

Remastered from the original master tapes by Joe Gastwirt.
Judging by the title and the quilted design on the cover, Love You would appear to be an album of ballads or romantic tracks, maybe '70s remakes of "Surfer Girl" or "In My Room." But from the brutal synthesizer stabs and Carl Wilson's throaty yell, "Harrahhh!" on the opening track, it's clear this is no ordinary Beach Boys LP. Besides several hard-charging pop songs ("Honkin' Down the Highway," "Roller Skating Child," "Let Us Go On This Way"), there are a couple of baffling but ultimately endearing tracks whose titles ("Johnny Carson," "Solar System," "Ding Dang") are good indicators of the amateurish lyrics and subject matter. What makes Love You one of the best Beach Boys LPs of the 1970s, though, is the return to an uncommonly Brian Wilson sense of romantic na‹vet‚ and "adult child" wonder at the world. "The Night Was So Young," "I'll Bet He's Nice," and "Let's Put Our Hearts Together" form a suite during the middle of side two that rivals Pet Sounds for breadth of emotional attachment. Originally slated to be a Brian Wilson solo album (titled Brian Loves You), it shows the aging genius with many of his pop smarts intact, his wildly eccentric lifestyle tweaking his sense of songcraft in an intriguing direction. [In 2000, Love You was made available on the two-fer compilation 15 Big Ones/Love You.] ~ John Bush