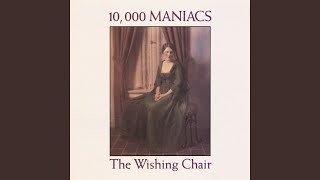 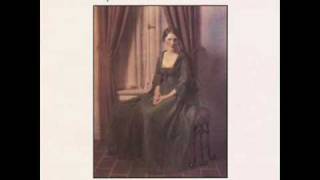 The first 10,000 Maniacs record for a major record company, THE WISHING CHAIR, is an eclectic affair. The band combines elements of rock and folk music in a manner that initially drew comparisons to Fairport Convention. In fact, the album's producer (Joe Boyd) did work with Fairport on that group's records.
Opening with "Can't Ignore The Train," the album's lyrics address the minutiae of small-town American life, anti-war sentiments, thoughts on aging, and any number of passing fancies that occur to vocalist and primary lyricist Natalie Merchant. Musically, bass and solid drumming accompany the overlapping, precise guitars of Robert Buck and John Lombardo. The whole affair is tweaked with occasional organ, piano, and electronic keyboard effects. THE WISHING CHAIR is the quintessential 10,000 Maniacs album. Muscular tracks like "Scorpio Rising" and "My Mother The War," both re-recorded from the band's full-length debut, SECRETS OF THE I CHING, sit comfortably next to more delicate tracks such as "Lilydale" and the Maniacs' version of "Just As The Tide Was A Flowing," a traditional folk song.