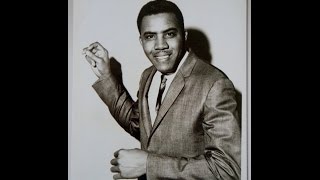 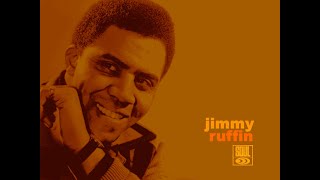 This 48-track release features Motown soul singer Jimmy Ruffin and includes "What Becomes Of The Broken Hearted," "Gonna Give Her All The Love I Got," "I've Passed This Way Before," and "Just Before Love Ends."
Audio Mixers: Suha Gur; Ellen Fitton.
Liner Note Author: Paul Nixon.
Recording information: 08/14/1964-11/05/1971.
Arrangers: Gene Page; Paul Riser; Tom Baird; Wade Marcus; David Van De Pitte.
It might be titled "The Ultimate Motown Collection," and certainly it's the most comprehensive Jimmy Ruffin CD compilation to hit the market, with two discs and 48 tracks, a dozen of them previously unreleased. It still doesn't have everything he did for the label, and the absence of no less than four of the 11 tracks that appeared on the best previous Ruffin CD comp (20th Century Masters - The Millennium Collection: The Best of Jimmy Ruffin) testifies to the variance of taste among those responsible for assembling these anthologies. Still, it'll satisfy both those looking for an overall Ruffin best-of and Motown collectors who want more depth and a higher concentration of rarities, though the 20th Century Masters comp is still the recommended first choice, especially if you're on a budget. Of course, Ruffin's only Top 20 pop hits, "What Becomes of the Brokenhearted" and the less celebrated "I've Passed This Way Before," are both here, as are his three 1970 U.K. Top Ten chart entries "Farewell Is a Lonely Sound," "It's Wonderful to Be Loved You," and "I'll Say Forever My Love."
Disc one has 26 tracks taken from his 1967-1974 albums, using the "45 Mix" versions of 11 cuts (including all of the aforementioned hits) and ten songs from his U.K.-only LPs Jimmy Ruffin...Forever (1970) and I've Passed This Way Before (1974, though the material on it that hadn't been previously issued was taken from the vaults). Decent as these are, taken together they do confirm Ruffin's standing as one of Motown's second-stringers, probably doomed to relative obscurity if not for the huge success of "What Becomes of the Brokenhearted." They do show Ruffin's skill with some of Motown's more pop-oriented material -- he was certainly not as gritty as, say, fellow Motowner Edwin Starr -- and in its way, the disc is a reflection of the label's overall drift toward more sophisticated, slicker production in the late '60s and early '70s, though there aren't too many really outstanding songs (and listeners certainly don't need to hear his covers of "Take a Letter Maria" and "Raindrops Keep Falling On My Head").
The real excitement for Motown fanatics lies in disc two, comprised of ten previously released "rarities" and a dozen previously unheard "unreleased masters." Among these are Ruffin's extremely Jackie Wilson-influenced debut Motown 1961 single, "Don't Feel Sorry for Me"/"Heart"; an Italian version of "What Becomes of the Brokenhearted"; a bunch of obscurities that have only shown up on Motown and soul compilations, some of them rather out of the way; and those dozen unreleased sides (one of them an alternative mix of "What Becomes of the Brokenhearted" with a spoken intro), spanning 1962-1971. These rare and unissued items aren't of such a high quality that you'll pound your head in frustration over their failure to gain official release at the time they were recorded. But they're solid enough mid-level vintage Motown music in a variety of uptempo and midtempo (and, less often, ballad) styles, often written by leading Motown composers like Norman Whitfield, Barrett Strong, Janie Bradford, Mickey Stevenson, and Eddie Holland, though at times they bear a strong similarity to better-known Motown hits, as "Lucky Lucky Me" does to Marvin Gaye's "Pride and Joy." Though disc two is primarily of interest to Motown collectors, it shouldn't be dismissed as subpar, standing up pretty well with the body of work Ruffin did issue while he was with the label. ~ Richie Unterberger